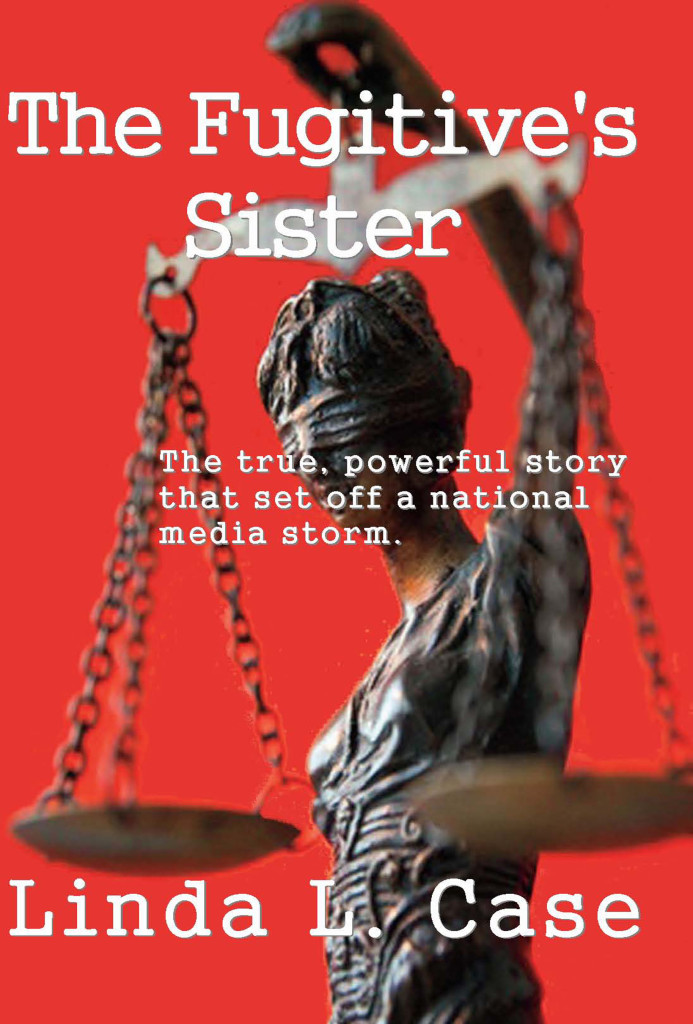 HENDERSON — True crime, America’s Most Wanted, and family ties are wrapped up in one story as a Mason County native is sharing her own story through a memoir, “The Fugitive’s Sister,” which is set to be published by Argus Publishing.

Linda Case, born in Henderson, the daughter of Mayes and Nellie (Casto) Mayes, said her story began in 2002 shortly after her brother’s death. Her sister Rebecca “Becky” Parrett’s company was shut down by the FBI and her sister was arrested.

In March 2008, Parrett was tried, convicted of several white-collar crimes, and placed under house arrest. However, Parrett was permitted to board the plane to take her home unaccompanied by law enforcement. During this trip, Parrett disappeared and became one of America’s Most Wanted. Case said she still finds it strange her sister was allowed to travel without an escort.

“They let her get on a plane unaccompanied by any law enforcement to go to her home in Arizona and she was supposed to show up several days later to be put under house arrest,” Case said. “I’d never heard of such a thing and it’s one of the things that is so unusual about my story.”

Parrett contacted her sister with information to give to a “trusted” lawyer, insisting it would prove her innocence. However, the lawyer turned Case in for lying to U.S. marshals about having been in contact with Parrett.

Case was arrested in 2010 for lying to federal authorities about communicating with her sister. Case said to add to the unusualness of the situation, she was brought before the same judge that had accidentally allowed Parrett to escape authorities.

“They gave me the same judge that let her get away, and he was so vindictive toward me and called me by her name a couple times,” Case said. “They ended up using me as jail bait thinking Becky would give herself up, but they didn’t know Becky.”

Case said jail had turned her life upside down. Her home was foreclosed and she moved in with her daughter.

“When I got out of jail, I was an emotional wreck and, complements of the federal government, I was given counseling,” Case said.

Case was given three years probation after she was released from jail. She said losing her freedom was a real wake-up call about how easily it is for people to take their freedom for granted while they still have it.

“All I wanted to do was enjoy my freedom and breathe free air,” Case said. “I have learned to really, really appreciate my freedom and the ability to wake up in the morning and decide what you want to do with the day and be free. It’s unbelievable how you don’t think about it until you lose it. You feel so helpless and hopeless. There’s nothing you can do about anything.

“Freedom in this country is so important. I had dreamed about moving to Mexico and enjoying retirement, and that dream is gone with the wind. We are so lucky here to be in this country and have our freedom and I have learned to appreciate every little detail of my freedom and be so grateful every day.”

Case said counseling gave her the idea to write down her story and create a memoir.

“I just decided I’m going to start writing this down,” she said. “It’s a very unusual story. I’m an avid reader, and I’ve never read anything like my story. It was very therapeutic, too.”

Case said she had no idea trying to help Parrett could land her in jail for six months followed by three years of probation. She said she only wanted to help her sister and did not realize the position she would be in because of her actions.

“Action has consequences,” Case said. “Although my intentions were good, my actions were not. I don’t blame anyone for what happened to me. I made a bad choice in telling a lie to the U.S. marshals. You need to really think before you do something like that and just remember your actions will have consequences. At 66 years of age, I never thought I could go to jail. I wasn’t finished trying to help her and I didn’t think I hurt their case any.”

Case said she has learned lessons about consequences and freedom through her experience and actions as a fugitive’s sister, and is glad to have had the opportunity to share her story through her memoir.

Case said she hopes the memoir will be published by the end of the year.

Jessica Patterson is a freelance writer for Ohio Valley Publishing and lives in Mason County.

Attended Michael K. Brown’s book launch in Loganville last Sunday. Promise of the Hills is a sequel to Michael’s first novel, Promise of Silver. I love Mikes’ books. He’s a great writer.  Mike presently serves as President of the Atlanta Writers Club.  He was named 2015 Georgia Author of the Year for his novel, Somewhere a River. Also had a great lunch with my cousin Gloria (Mayes) Craw who lives in Loganville. Hadn’t seen Gloria since the Mayes Family Reunion in Point Pleasant, WV, several years ago. It was a magnificent day in sunny Georgia. Great way to spend a Sunday afternoon. A book launch party for The Fugitive’s Sister will be coming soon.

What a great Labor Day holiday!! Attended the Decatur Book Festival, met Erica Jong and purchased her new book, “Fear of Dying“. Loved “Fear of Flying” so can’t wait to read her latest. Also met Cat Cora and her new book, “I’m Cooking as Fast as I Can“. She has quite a story to tell in her book. Had lunch with my friend, Suzanne Van Atten, a very special person and special features editor at the Atlanta Journal-Constitution. Suzanne moderated a panel of journalists on the topic, “Truth vs. Fact in Memoir and Narrative Nonfiction”. Panelists were incredibly familiar with the subject. I learned a few things too. Can’t wait until next year when I’ll be there promoting my new book, The Fugitive’s Sister, a true crime memoir.  Books Rule!! Great Week-end!