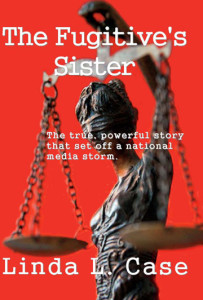 Linda Case’s professional experience as the former President/Owner of Case Accounting and Tax Service provided the skills to painstakingly document court room proceedings, legal documents, personal letters and media coverage, including coverage by the Wall Street Journal and America’s Most Wanted in the appendix, epilogue and text of The Fugitive’s Sister.

The Fugitive’s Sister by Linda Case is a finalist in the 2017 Kindle Book Awards!